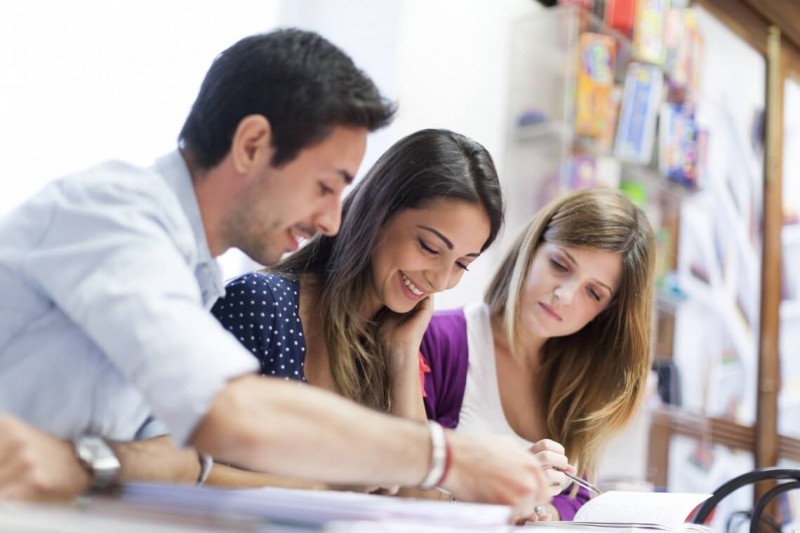 Learning Foreign Languages – 5 Fundamentals You Should Begin With

According to the certification bodies, an average of 1,200 hours is needed for learning a foreign language in order to achieve the so-called ‘language independence’ – that is, to communicate without barriers. Let’s count it up – 1,200 hours is an hour a day for more than three years, or more than 3 hours a day for a year. That’s very long. Fear of making mistakes, learning vocabulary by heart and unnecessarily analysing the grammatical structures, blocks many people from communicating in the language which they spent 50 whole days learning!

5 fundamentals to learn a foreign language quickly and effectively

Do not be a perfectionist

When a Pole goes abroad, he does not open his mouth, he wonders which time tense he should use to create a correct structure. We like to create far-reaching psychological problems with such things for ourselves. But the most important thing in communication is not correctness and efficiency.

You cannot plan that you will only start to speak when you learn the language. With this approach you would never learn to walk! Do not be afraid of making mistakes, with practice they disappear! As long as you are understandable, the accent does not matter. Learn the grammar while speaking, it will come by itself.

Combine the pieces together

We tend to focus on what we do not know – that the effects of the educational system seek for errors. Speak as much as possible; even what you say is not grammatically correct. You have to listen, absorb and talk. You start with what you have. If you do not start, you never learn. You lack the words? Say them in your language – it might be a lucky guess. Support yourself with gesticulation and emotions. The mind has this ability that complements the missing items. That was the genius of Steve Jobs – connecting pieces together. You do not have to know everything. Sometimes you have a lot of information and do not know the most important thing. That’s the difference between the quantitative and qualitative understanding. Understanding anything above 70 percent does not make sense! But the Pole waits until words appear such as “squall”, “greenhouse”, “scurvy” to be able to say: “I knew that I do not know”. Listen to and watch a man you’re talking with – the context will give you more information than words.

Matrixes are ready patterns that systematically can make a habit. The point is, that in situations when it comes to saying something, you will need to write an email, or understand what a person says to you on the telephone, then the communication occurs automatically and without the need of wondering. This can cause anxiety and embarrassment.

Learn the most popular vocabulary

Unfortunately, the schools maintain the illusion of a tower, and strengthen it. At the first English lesson, the teachers usually say that there are 16 time tenses to master. Poles do not believe that it can be much easier. Accustomed to toil – they’re looking for a catch.

Focus only on the most important words: in English there is over half a million words, but we only use 800 80% of the time. Only learn the vocabulary that is genuinely useful to you. Learn optimally, because you need a little to communicate a lot.

Stay in the game

It is very important to create an environment in which language would “learn itself”: Change the mobile phone and computer settings, listen to a selected radio station in the language you want to learn a few hours a day. You can also find a list of the most common words in the language, get to know them. Read news. Do not worry about grammar, especially exceptions. First, the similarities, then differences – it lets you feel the strength. First say, and then improve. And remember: every language is a little different Polish.