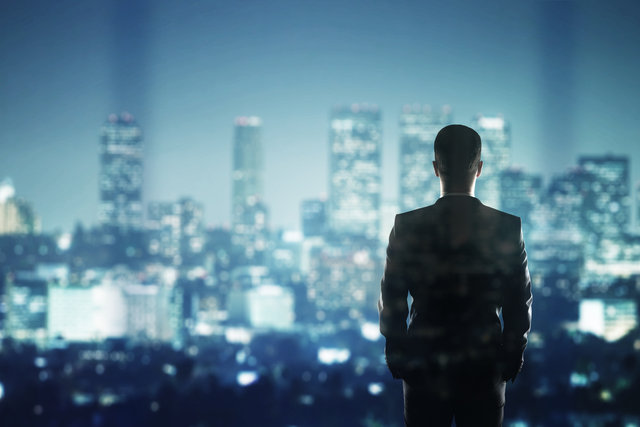 The market evolves faster than academic theories or individual mentality. New generations don’t acknowledge vertical hierarchies and authority figures. Everyone is equal on the internet, and without communication skills, you’ll either be unable to get a promotion, or suffer from a lack of work-life balance. This same market, which 20 years ago required only academic titles, today requires extra skills—soft skills. And as much as emotional management, empathy, interpersonal skills, sales, conflict resolution, leading groups, or motivation were considered additional assets in the past, that’s the extent to which they’ve become obligatory today. A poll conducted by Career Builder in the US shows that 71% of employers consider emotional intelligence (EQ) to be more important than rational intelligence (IQ). The over-saturation of masters degrees on the market in Poland (the OECD predicts that Poland will soon have the most people with graduate degrees in the world) permanently lowers the value of academic titles, and leads to increased unemployment among graduates. These changes have created an abundance of soft-skill professions which can’t be learned in schools, which aren’t regulated by universities, and which the average person doesn’t understand and often rejects. Despite this, such positions are exceptionally lucrative because each of them offers unlimited earning potential and the freedom to choose your own working hours.

Here is the list of the most popular soft-skill professions which, despite the lack of official regulation, have already become independent ones.

With the disappearance of both hierarchical management and the mold of a standard worker, the concept of a team member is becoming more and more popular. In such a structure, everyone is equal, the environment is fully democratic, everyone has a right to their own opinion, and the rules are created internally instead of being imposed by an external boss. Such teams need leaders—people who can both manage processes and charismatically inspire others to action. The leader is conscious and skilled in motivation, empathy, and networking.

A 25 year study on leadership conducted by AchieveGlobal unequivocally shows that people judge leaders through the lens of certain qualities and behaviors which leaders typically demonstrate on a daily basis, and that the two most important challenges facing Polish managers are achieving results and motivating employees.

Thanks to these qualities, a leader increases the effectiveness of the people around him, and helps them achieve extraordinary results regardless of their position. Such a leader should prioritize cooperation, be creative, be skilled, have a vision, and be guided by fundamentals. And, considering the fact that 40% of Poles between the ages of 18 and 29 desire to start their own business, leadership skills are fundamental to entrepreneurship. In the words of Seth Godin: You either lead, or you are led.

According to research, salesmanship is the fifth most important skill in the world. In Poland, this occupation either has a bad reputation (sales people forcing cheap blankets on retirees), or is chosen as a career – “I don’t know what to do with my life (or: I failed at something else), so I’ll go into sales.”

Unlike in Arabic countries or American culture, sales on the Vistula is often associated with shame or has a passive quality—the sales rep waits for the client and doesn’t engage in any active sales because he or she is afraid of rejection.

Meanwhile, sales abilities provide practically unlimited earning potential, teach responsibility, build relationships and develop ambition. They’re useful in many contexts. For example, demonstrating knowledge or attracting a romantic partner. Those who don’t know how to sell themselves will lose the race against people who are less competant but more “talkative” participants in the market.

People who are experts in building interpersonal relationships. They’re not afraid to approach strangers, they know how to make a good first impression, and they give their business card in such a way so that the other person will later want to pick up the phone. They connect people.

Building a network of valuable contacts is one of the most useful methods for finding a job. This is the conclusion of research done in 2014 by consultants of Green Line. Networking streamlines the recruitment process, lowers its cost, and effectively brings in valuable employees.

Unfortunately, in Poland, this concept is either totally foreign (46% of respondents didn’t know what the word meant), or a pejorative associated with nepotism. Relationships are the currency of wealthy people, and a networker with a rich portfolio can work in almost any partnership program.

During the recent Orange Video Festival, among the thousands of fans of native YouTubers, there were representatives of traditional media outlets and many serious institutions in attendance. Identifying an emerging trend which makes it possible for everyone to achieve success and offers unlimited possibilities, companies are investing more of their resources into building relationships with vloggers. If such a person knows how to make a presentation in an attractive way, then he or she can record a video at home and connect with an already existing group of viewers.

That’s what the Polish prankster, Sylwester Wardega, did. His film, featuring a spider-dog, got over 100 million views, and it gave him several hundred thousand Polish zloty (over $100,000) of income. YouTube is the television of the future and it’s only a matter of time until every major brand will use it to promote itself on the market. Today’s young people have different standards than their hardworking parents who worked for a paycheck.

According to research done by Forbes Magazine, the investment return (ROI) on coaching is six fold (according to PricewaterhouseCoopers—7 fold), and more than 70% of American middle managers (among higher management it’s almost everybody) consistently use the services of a coach. In England, 80% of companies invest in coaching. In Poland, only about 15% do, but this number is continually growing.

Coaching offers the possibility of improving one’s efforts and expediting the achievement of goals; something which every conscious individual is interested in. In Poland, it’s a profession which is often confused with trainers (they teach skills), consultants (they advise specific industries), mentors (they’re experienced, often older specialists), or therapists (they diagnose the causes of problems and work to eliminate them).

The rising interest in coaching is connected with both its effectiveness and its answer to market needs. Life coaching helps solve life problems, business coaching improves business, career coaching helps you pick the correct career path, health and wellness coaching teaches vitality, financial coaching brings measurable gains to your wallet, and athletic coaching develops a winner’s mentality on the field, on the court, and in the weight room.

From the perspective of the market, every person is a product. That product can be liked or disliked, in demand or unwanted, luxurious or ordinary. It has its fans and solves specific problems. From the perspective of the mind, a brand places the individual in a particular category—maybe the loving mother, the strict father, the kind old man, or the no-nonsense businessman.

Most people will never contact any individuals if they unconsciously place the people they meet in distinct social categories. An individual who doesn’t manage these categories and who doesn’t use conscious personal branding will be condemned to random, and often unfair, judgements concerning the category to which he or she belongs.

For example, if someone is going into politics, then he or she will always be seen as untrustworthy, regardless of his or her level of integrity and honesty. These days it’s more and more common that the first contact with a person or company comes through the internet. This is a domain ruled by first impressions and reputation. Woe to the brand with a contradictory image which misses its target group. Even a high number of well positioned, positive reviews won’t give it enough social proof to recover. Without good marketing, even the best product won’t sell on the market.

Forbes magazine has concluded that over two thirds of Polish people have a positive view towards entrepreneurship, and among the young, this figure crosses the 80% mark. And even though Poland isn’t California, and only one in ten start ups survives on the market, 40% of Polish people (49% under the age of thirty) can imagine starting their own company. Rafal Brzoska, the founder of InPost and one of the richest Poles, highlights in one of his interviews that Polish people start their own businesses 8 times more often than Germans. And even though the environment is often unfriendly, Poles are tenacious when it comes to business.

Entrepreneurship is encouraged by global trends, unlimited potential for development, the positive outlook of people in generation Y (people in their early twenties and younger) towards running their own business, and the negative outlook towards the rat race of a regular job.

The range of financial possibilities has never been as favorable as it is today. Entrepreneurs can count on European Union subsidies as well as crowd funding, or in other words, getting funding from groups interested in the given project. Social media generates an environment, while accelerators and incubators such as Business Link help at the start.

When an athlete can’t continue his or her professional career due to advancing age but remains passionate about the sport, the natural path of development is becoming a coach. Something similar happens in other industries. Along with the rising popularity of the psychology of success and soft skills, there is also a rise in awareness, making it possible for any expert in a given field to become an adviser.

Using the services of mentors is becoming a standard in the west. They, as older and more experienced professionals, advise the beginners in their business. Education is no longer reserved only for teachers or trainers. It has become a concrete form of passing on knowledge which everyone can take advantage of. After gaining years of experience, everyone can become a consultant and have an independent profession with no upper limit to their fees.

Practically anyone can be hired to oversee specific changes or solve a given problem, but professional consultants are more attractive due to the fact that they don’t have to be hired as permanent workers.