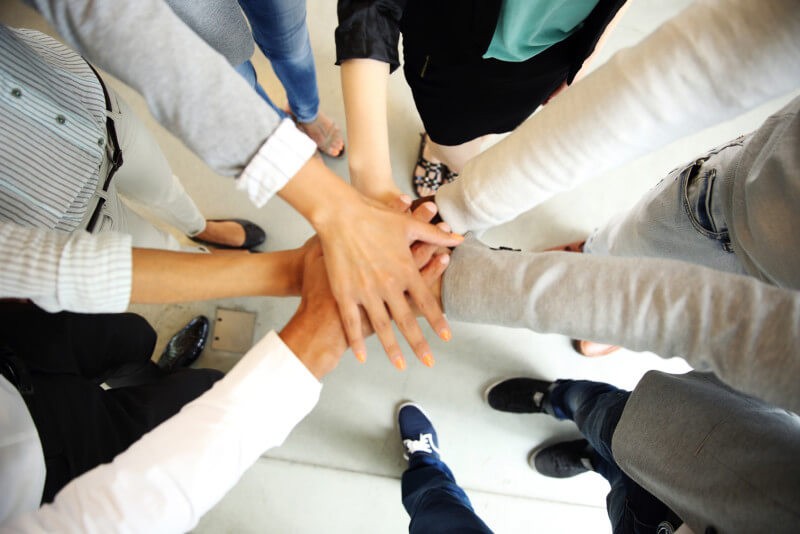 What you say and do is called the operational level. Techniques which achieve specific strategies. Even though your words may seem ordinary, and your behaviors seem to be repeatable, the reason why you’re using them will either give them a powerful impact or take it away altogether.

Understanding what hides beneath the surface of your communication fundamentally influences its effectiveness. This invisible intention determines how your listener will understand you.

Below, you’ll find 6 short sentences which the people at work (and your relatives at home) certainly want to hear. Their value; however, doesn’t depend on the words alone—it’s hidden in the intention with which you use them. That is what should guide you in positively supporting your environment.

Positive encouragement in Polish culture, where 80% of people constantly curse, hating is a norm of internet based communication, and the level of mutual trust among people is among the lowest in the world (only 12 percent of Polish people agree that you the majority of people can be trusted, while in Denmark the figure stands at 66 percent.), in other words, conscious and positive feedback is in high demand.

Enthusiastic, optimistic encouragement with praise, a smile, or a trivial high five, shows appreciation for another’s achievements. It shows friendly support, reduces envy, and guides the rewarded brain to continue the commendable behavior.

Don’t go another day without recognizing, in yourself, your relatives, and at work, behaviors which you can summarize with a hardy: “Well done!”

I know you can do better.

Psychology teaches about a few laws which describe the how outcome depends on the perspective of the teacher (leader, boss).

Rosenthal’s Effect shows that people want to fulfill the hopes others have for them. If a leader believes that his team member can achieve better results then they’ll both work towards achieving them because they don’t want to disapoint anyone.

Another, Galatei’s Effect says that if we have positive expectations of other people then they’ll start to behave according to these expectations, regardless of negative circumstances.

The opposite of this is Golem’s Effect which states that people will start behaving according to negative expectations, even if the context doesn’t necessitate it (e.g. employees start to work poorly because their boss keeps telling them that they can’t do it). So get to it, with faith and optimistic common sense, expect improvement from your team: “I know you can do better.”

I know everything will turn out OK.

Even the toughest of tough guys experience moments of doubt and weakness. Maybe the expected contract wasn’t signed, an important employee let you down, or the shipment was late. We all need some reassurance at such times. But it can’t only be functional, it’s not just about solving a given problem—what matters is emotional support. Belief, that you’re not alone in times of trouble. Trust, that you’re in it together for better or worse. Encouragment, which has a directly proportional value to worry and other negative emotions which accompany the temporary pitfall. Because it’s in these moments that their patience and endurance muscles are tested and they need someone to tell them that everything will be ok.

What solution do you propose?

There are plenty of analysts who diagnose problems in the workplace—everyone has excellent knowledge about what doesn’t work. But a diagnosis alone doesn’t cure an illness. Without constructive solutions it turns into whining and complaining and leads to a loss of effectiveness, giving up control to exterior circumstances.

A key element in such a situation is a habitual, team oriented search for solutions. And it’s best to find at least three.

Thanks to this, the diagnosis can fulfill its analytical function and the proposed solutions will create greater possibilities for the future. Their functional usefulness are a secondary matter, because functionality comes with experience. What’s more important is learning the habit of constructive thinking, which will improve its form over time.

Sorry, I was wrong.

Admitting to your mistakes isn’t a sign of weakness but of strength. Recognizing your own foolishness is a sign of intelligence, while being a ashamed is evidence of courage. A leader who, above and beyond his technical skills and results, can also be personable, will win the respect of his team with his heart. And people follow the heart much more readily than money.

A sensitive leader is a man of the future, because his own opinion, his assertive defense of that opinion, along with empathy and openness towards other people gives him access to bigger resource pool.

That’s why, when you make a mistake, confront yourself with your less-than-ideal humanity: look others in the eye and admit to your mistake. This will be appreciated.

Today will be a good day and thanks for today.

So, if you’re heading out of the house say goodbye to your family with a warm kiss, and upon returning, immediately greet them with the same intensity, in a warm way. If you’re walking into work, greet everyone enthusiastically and throw in a motivational: “Today will be a good day,” and leaving work make sure to thank everyone for a successful day. Gratitude will cause your immune system to produce antibodies (everyone will be healthier) and give you a shot of endorphins (they’ll feel happy). The newest research shows that happy workers generate more money for a company than those who only care about results.