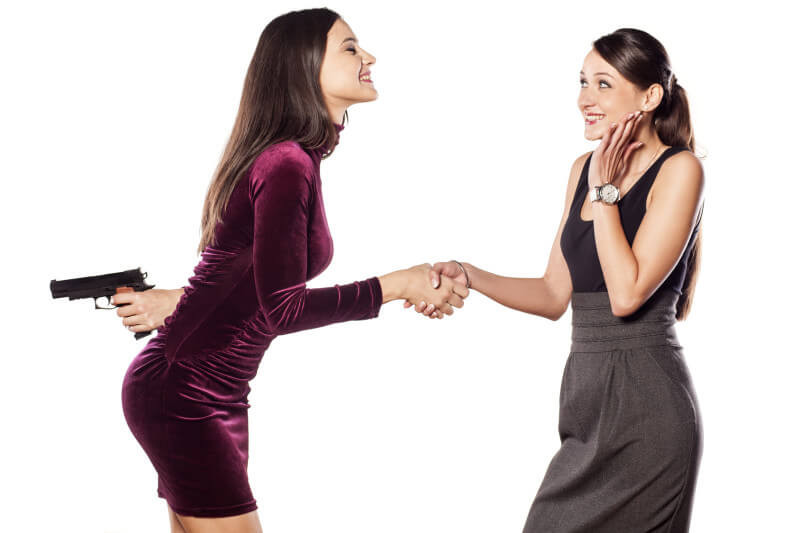 You ask your worker to do something that you think is as obvious as the words you’re reading at the moment. You say it twice to be absolutely sure and to avoid any doubt. You think it’s impossible for him or her no understand what he or she is supposed to do. After all, it’s just a matter of doing it. Are you sure you know what you’re going to read right now? Of course, you are. You’ve gone through the same thing a hundred times before. Not only in relations with your workers, but also with your wife, children and friends.

They didn’t understand what you told them to do. Or they did it not the way you wanted it to be done. Or they didn’t do it at all. Whatever the reason, the fact remains the same: there is no result. You find it frustrating, the quality of your relations is deteriorating, and you wonder what you can do better next time.

The following eleven communication techniques will help you.

If what you’re saying is not explicit, or it is ambiguous (the expression: ”to close the window” is unambiguous, but “to improve our relationship” is not), you risk your message being misinterpreted or understood against your intention. It is a common mistake for a manager to tell his worker to do something well.: The problem is that the worker’s understanding of that word may be different. Instead, the manager should say: ”In dealing with customer X, achieve the target we’ve talked about”.

If what you tell someone to do cannot be done, your communication is imprecise and will cause distortion. A parent says to his child: ”Be a good boy.” While the word good is not clear, as it can mean a lot of things, the parent uses the verb be, which is something that is impossible to do. You can pick something up (e.g. some keys) or you can drink something (e.g. some water), but you can’t be. Similarly, you can’t forget something (the instruction ‘forget number 4′ is unrealistic). Instead, the parent should say: “Speak more quietly” (if this is what you meant by saying “be a good boy”).

If can’t demonstrate what you ask someone to do, the person you want to do it will probably not be able to guess what you really mean. Show it! If your wife or husband says: “Love me”, he or she should show it verbally and non-verbally (e.g. by coming over and giving you a hug, followed by the following words said with the right intonation: I love you). Each complete message should, as far as practicable, include both words and a demonstration.

4. Talk about the future.

You can’t change the past, so complaining about it will lead to increased frustration.  However, you can influence the future. While giving feedback to someone, always tell him or her what he or she can do better next time. Instead of saying: ”You did it in the wrong way”, say: ”Next time you do it, make sure that …. [at this point, you should include a particular message that meets the criteria for precise communication).

Nominalised forms are abstract nouns based on verbs, such as communication, or  adjectives, e.g. kindness. They can’t be visualised, because they are imprecise and cause distortion. Do not say: “Health is important”. Instead, say: ”Go running three times a week, for 30 minutes, before breakfast, and you will be healthier.” Do not say: ”Our relationship is growing”. Instead, say: ”When you brought me the flowers yesterday, I felt so happy and I thought you really cared about me.” Examples of nominalised forms: happiness, insecurity, communication, strength, faith, beauty, motivation etc.

”Darling, are you sure that you want to go out wearing this dress?’ or “Look, I’ve recently had a bowl of soup like this one and it was really good.” The above are examples of politicised communication, where instead of saying what you really mean, you change your message in such a way as to cause the other person “to guess, but not to feel hurt”. This makes people feel suspicious. You can avoid it by saying openly what you really mean, additionally softening the hard parts of your message with warmer intonation. ”Darling, do you remember that dress had on at the Smiths’ party? I think you look better in that one than in this black one, because that one will highlight your beautiful figure.

8. If you ask a question, give the other person the freedom to answer.

You don’t always ask a question to actually ask about it something, do you? Isn‘t it true that when you say something like the above, you have already formed an opinion and, although the sentence is a question grammatically, you don’t really care about the answer? Is it really a question about knowledge, or do you say this only to confirm your opinion? If you ask a question, give the other person the freedom to answer the question the way he or she thinks appropriate. But if you care about the answer, do not ask questions.

Instead of talking to someone only to prove that you’re right about something, which always activates the “loser-winner” mechanism, focus on finding a constructive solution to the problem that will be acceptable to you and the other person. Trying to prove that you’re eight about something actually means going the egocentric way, thinking individually rather than collectively. This will give you enemies, so whether it’s you or the other person that is right, what you should do is to find a solution where each side will be the winner.

10. Build a bridge between statements.

This is a common thing: you’re telling a story and suddenly, at a crucial point, someone butts in and changes the subject. This lack of delicacy is often seen as lack of respect. To avoid this problem, build a bridge between statements: If you need to interrupt someone, say: ”What you’re saying reminds me that …” or touch the other person’s arm and make a comment. Once you make your comment, go back to the other person and repeat what he or she was saying just before you interrupted him or her, e.g. ”You were saying about X, but I interrupted you. Please go on. I’m really interested.”

A sentence made up of a number of clauses, i.e. a sentence with a number of verbs, is so difficult to remember that the person you’re talking to will simply tune out after a while and will not remember all the things you said, like in the sentence you’re just reading. Use simple sentences then. Say one thing and finish. Then say another. Pause before sentences. This will help your listener to remember what you’re saying. Like what you’ve just read.

Mateusz Grzesiak is a psychologist and an international trainer and coach.