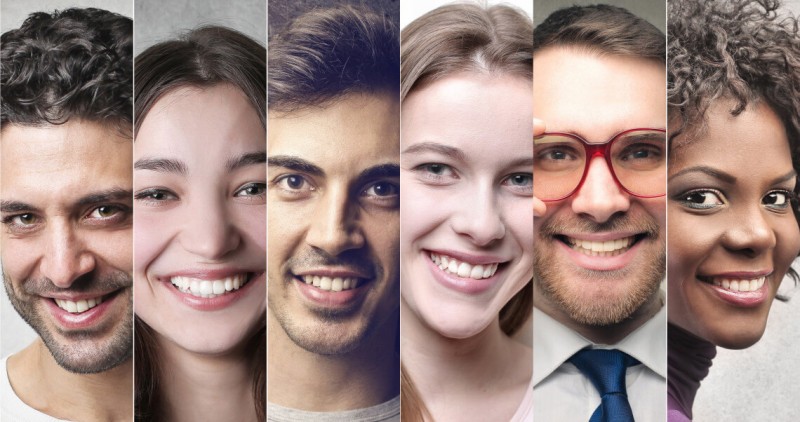 10 Things You Don’t Have To Apologize For

You decided to break up with your partner. Tired of constant arguments about nothing, boring sex which lost out to Brazilian soap operas, and the loss of hope, which after many years of ineffective efforts turned out to be the mother of all mistakes, you filed for divorce. Despite the coming challenges and difficulties, you can exhale a breath of relief and satisfaction because you finally did something for yourself. If only your mother, at every possible occasion, didn’t ask you the dreaded questions: How will you cope? Who will you find now?

But still, the greatest pain comes from the reminders about the so-called suffering of the child  who should have a father, regardless of how that father acts. Are you sure you want to apologize to her?

You decided to stay with your partner despite the fact that she cheated on you. She broke her vows, she didn’t keep her promise, and she gambled with a good life and an even better future. You forgave her because your self-esteem is significantly stronger than your friends, who, in between beers, don’t hesitate to say that they would never want to live as “cuckolds”. They don’t understand your sensitivity, calling it cowardice, and they refer to faith in people as naivety. For them, a sign of strength would be walking away, but for you, that sign of strength is staying. Do you even want to explain yourself to them?

There are more invisible and out-dated cultural models which make people feel guilty. After you learn about them you no longer have to hit yourself over the head and repeat the social mantra that it’s your fault. You can finally be yourself. And so, here are 10 things for which you don’t need to apologize.

You returned from a vacation in Thailand and you are mesmerized. You fell in love with happy and helpful people. You fell in love with a unique cuisine. With the sun, which tanned your skin to a beautiful, bronze color as you laid on the beach under the palm trees while drinking coconut milk. You tell your friends at work, but they aren’t nearly as interested as you. One looks at his watch. Another says that the Baltic Sea has the same beaches and even better food, because there, you at least know what you’re eating. A sarcastic tone shows up in their comments. You start to feel sad that they thought you were trying to put them down with your story. And you were almost ready to pretend that you agree with them, that Thailand isn’t so great after all, but suddenly you stop yourself: Does putting yourself down raise those who are laying down? After that, you smiled and said: Guys, I have to tell you something…

It hurts you to witness the inhumane treatment of animals being turned into food for people, and this is why you are a vegetarian. You are more careful on Friday the 13th and you don’t care that there isn’t any scientific research confirming that this is an unlucky day. You vote for a different party than everybody in your family, which drives them crazy. Hell, you even speak positively about politicians and changes in the country, which most of them aren’t able to understand. They believe that if somebody has a view different than theirs then those people are mistaken. You; however, believe that if somebody has a different view, then… they have a different view. And even though many times you got hit over the head, made enemies, and shocked your friends when you changed your opinion to a different one, simply because you decided to. Despite all of this, you don’t plan to apologize. Because you don’t apologize for being yourself.

Money is a taboo subject in Poland. 50% of people are ashamed to talk about money. 75% of Poles believe that you can only achieve success through swindling, scheming, or having connections, and 20% believe that the rich are crooks. But these beliefs don’t have anything to do with you. You know that money can’t buy happiness, but only for those who already have it. You know that a rich person doesn’t have to steal, but can be an extraordinarily intelligent and good individual. That, thanks to money, you can solve most of life’s problems, fully understand the world, and realize your dreams. That, “universal equality” is an impractical myth, because the differences between people are determined by motivation or intelligence level. That, most people who receive things that they didn’t earn will most likely waste them. You don’t have to apologize for being rich.

In Poland, 40% of marriages will end in divorce, while in Belgium 70% will. And though Belgians divorce more often, they don’t worry about it in the way that Poles do, who sometimes treat a divorce as a mortal failure. Even though the relationship might be absolutely toxic. Even though a parent gotten into the role only because of biology, and not by handling their responsibilities. And even though the concept “they lived happily ever after” is more suitable to a Disney cartoon than to real life, some percentage of people will nevertheless have feelings of guilt because a relationship ends in divorce. But there’s nothing to apologize for here – divorce can be a bigger success in life than getting married for negative reasons or forcing a relationship which has been emotionally abandoned long ago.

The beautiful girl who doesn’t see a world without you. A creative job which pays well. Quality clothing bought at retail price rather than on sale. Looking good with a sexy, flat stomach. And, on top of all that, recognition from people. You’re a positive inspiration for others, right? Oh, how quickly you learned that nothing irritates people more than showing them what they could have, because it reminds them that they haven’t done anything to obtain those things. And you know what? You don’t have to apologize for this. You can be happy with the fruit of your labor.

Do you know the social facade of nodding your head during a conversation which doesn’t interest you at all? Forcefully discussing things which don’t have anything to do with your interests? Have you noticed that when you spend time with certain people, you begin to behave like them? Have you felt disdain towards yourself caused by pretending to be someone that you’re not? Why do you continue these fake relationships? This feeling of guilt, which highlights hundreds of reasons for why you are supposed to: because they are family, because they are old friends, because it’s the right thing to do. Because… Wait a second… You don’t have to apologize for the kind of people you surround yourself with. That’s your choice.

A Pole is speaking with an American, and it turns out that the latter doesn’t know where Poland is. Don’t worry about it, because his feeling of worth depends on his value – since he earns good money and his life is going well, why does he need knowledge that he considers useless? And how useful can a fundamental familiarity with various sciences be? Impractical, hyper-intellectualized knowledge often aids more in bragging instead solving life’s problems. You don’t have to know the names of English tenses, but it’s good to know how to ask for directions. You don’t need an understanding of economic history, but you certainly want to know how to make more money. And if you focus on the fact that you don’t know something, then instead of feeling embarrassed, consider whether you even want to know that thing at all. Not knowing is OK.

So you did something stupid once. You hurt someone, you injured them, you made an idiot of yourself. You dressed in a way that, today, the mere thought of would make you turn red, and you said things that you’d gladly take back. But if not for all of those things, you wouldn’t be the person that you are today. You wouldn’t understand the world in the way that you do. You wouldn’t have the abilities that you have today. And its good to be the you from today, right? Those who revive the past are those who don’t know that, before meeting a prince, you first have to kiss many frogs, and before learning how to walk, you have to fall down many times. You were how you were. Never apologize for your past, instead, be aware that exactly this past made you to the person who you are today.

You want to have green hair and you know that most people on the street will stare. You want to build your own company, even though all of your friends work 9 to 5 jobs. You want to travel the world with the love of your life, despite hearing from everywhere and everyone that this is irrational. And most people won’t understand you or accept you, because most people live a life that someone else created for them, never asking themselves: who do I want to be? How can I change the world? Why am I unique? Don’t apologize for being different, instead, remember what Apple founder Steve Jobs said to people like you: “Here’s to the crazy ones. The misfits. The rebels. The troublemakers. The round pegs in the square holes. The ones who see things differently. They’re not fond of rules. And they have no respect for the status quo. You can quote them, disagree with them, glorify or vilify them. About the only thing you can’t do is ignore them. Because they change things. They push the human race forward. And while some may see them as the crazy ones, we see genius. Because the people who are crazy enough to think they can change the world, are the ones who do…”

All of this boils down to the one, most important thing. Don’t apologize for being yourself.